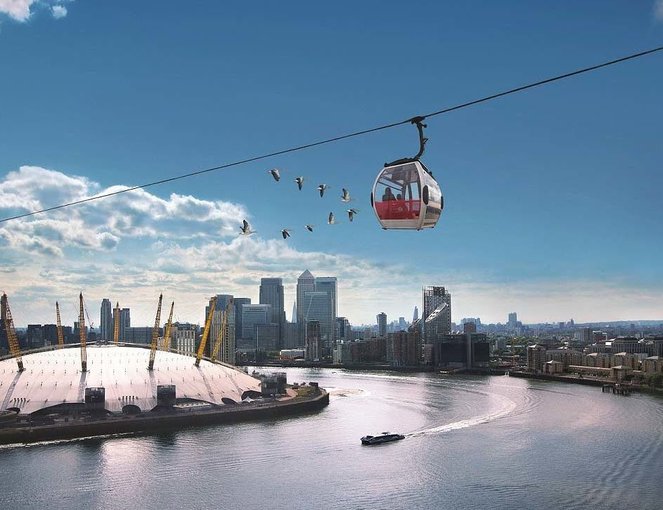 Get to Know the Royal Docks: A Quick Introduction

Here, we’re diving into the proud history, exciting present and London-changing future of the neighbourhood the surrounds Royal Eden Docks. Get to know the Royal Docks now with our quick introduction. Read more below.

The Royal Docks is a riverside neighbourhood in east London, just south east of Stratford and across the Thames from Woolwich. The Royal Docks themselves are three docks named after members of the British Royal Family – together they form the largest enclosed docks in the world, totalling around 250 acres of water.

Overall, the Royal Docks neighbourhood is roughly the size of central London. It’s a huge area, and a huge opportunity for buyers. Let’s get to know it a little better.

The Royal Docks’ story is one of finding radical solutions to deliver what London needs. By the mid-19th Century the Thames and the Port of London were overstretched and heavily congested thanks to the expanding British Empire, the arrival of the age of steam and booming international trade.

The solution was the creation of the Royal Docks – the largest, deepest docks that the city had ever seen. Bigger and more modern than the already established East and West India Docks, and built further east on marshland known as ‘Lands End’, the docks were a feat of engineering and a statement of London’s global significance.

Royal Victoria Dock, named for Queen Victoria, opened in 1855 – a hyper-modern deep-water dock built to house the new ironclad cargo ships bringing goods into London from around the world.

It was joined in 1880 by Royal Albert Dock, named after Victoria’s husband, Prince Albert. This even more innovative dock boasted refrigerated warehouses and railway lines that finished at the dock’s edge, linking the new docks to the expanding railway network.

The last of the Royal Docks was King George V dock, opened by George V in 1921.

From the 1880s onwards the Royal Docks were central to life in London and Britain – a cultural and commercial melting pot bustling with people, produce and product from as far afield as Australia, New Zealand and India, and ringed with busy wharves, giant granaries and warehouses storing tobacco, meat, fruit and vegetables.

In the 20th Century, the Royal Docks survived the bombs of the Second World War, but their importance and influence declined as the decades progressed. The great blow for the docks came with the dawning of container shipping and the economic downturn of the 1970s. The Royal Docks closed for business in 1981.

The Royal Docks is flourishing – and, once again, the area is finding bold new solutions to deliver what London needs.

Benefitting from a £314 million investment package approved by the Mayor of London last year, this huge area of east London is transforming into one of the capital’s most exciting neighbourhoods.

The Royal Docks’ excellent connections with the rest of the City are about to get even better thanks to £600 million investment in the DLR from TfL, and the imminent arrival of Crossrail’s Elizabeth line at Custom House (which will connect the Royal Docks to Liverpool Street in 10 mins and Tottenham Court Road in 15 mins).

London City Airport, just minutes from the Royal Docks, is undergoing a transformation too, beginning a £500 million expansion that will see the airport offering connections with Europe, the Middle East and North America to an extra two million passengers a year.

With a unique waterside lifestyle complete with water sports, swimming, miles of urban parkland, a buzzing cultural scene and great restaurants, smart homebuyers are spotting one of the last pockets of value in London’s thriving east.

What comes next will be the most exciting chapter yet for the Royal Docks. £8bn of investment is coming to the area over the next 20 years, and bringing with it 60,000 new jobs and a thriving new London community.

Forecasted house price growth outstrips most of the rest of London. Landlords are projected to enjoy massively increased demand for rental properties as young professionals flood to this new financial, commercial and cultural centre.

TfL investment and the opening of Crossrail will see local residents enjoying quick, easy access to Canary Wharf, the City and the West End. New shops, waterside restaurants, makers’ spaces and co-working facilities, a new cultural centre for east London, and maybe even a new high-tech Thames shipyard will continue to bring new life, new investment and a unique energy to London’s most exciting new neighbourhood.

The future is very, very bright at the Royal Docks.

Interested in finding out more about life at the Royal Docks? Check it out here.